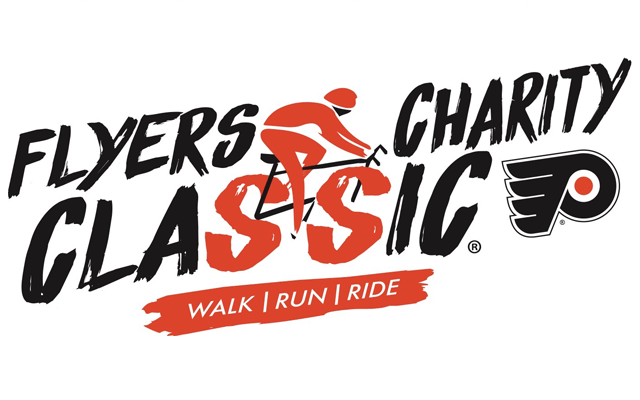 The day features options for entrants to participate in their choice of a 5K walk or run, a 10-mile family bike ride, as well as 50K and 100K bike rides. Each event concludes with a public fan fest and post-event celebration at XFINITY Live!.

As a part of the sponsorship, Toyota will be providing a fleet of 18 vehicles to assist with the day’s race courses, serving as lead cars for each event, as well as being a part of the Flyers fan fest.

“We’re proud to support Flyers Charities as they continue to make this a premier event for the city,” said Paul Muller, President of the Tri-State Toyota Dealers Association. “After partnering with them for years on the Flyers 5K, we had the opportunity to join them once again last year at the inaugural Flyers Charity Classic. And after seeing the fantastic turnout they had and how much people enjoyed it, we knew we wanted to return as the title sponsor in 2018. They help so many wonderful non-profit organizations in the area, and everyone at Toyota is delighted that we can play a part in those efforts.”

Funds raised from the Toyota Flyers Charity Classic jointly benefit Flyers Charities and the Flyers Alumni Association. Both organizations support a multitude of worthy non-profits across the Greater Philadelphia Region.

Registration for the event is now open at FlyersCharityClassic.com.

The day will allow Flyers fans of all ages the opportunity to walk, run, or ride down Broad Street and beyond in a variety of ways. Fans can choose to participate in one of the following four categories:

·        5K Walk/Run – Walkers and runners will start at XFINITY Live! in the Wells Fargo Center Complex and run through the scenic Philadelphia Navy Yard before returning to XFINITY Live! to cross the finish line.

·        10-Mile Family Bike Ride – A safe, flat ride that’s good for beginners and families. Riders will begin by leaving XFINITY Live! and crossing Broad Street, heading into the Philadelphia Navy Yard. Riders will then cycle through FDR Park, commonly known as “the Lakes,” before returning to the finish line at XFINITY Live!.

·        50K Bike Ride – A total 1,515 ft. of elevation that includes a few rolling hills, this scenic ride is perfect for the intermediate level cyclist. Cyclists will start their ride at XFINITY Live! and travel north on a closed Broad Street, around City Hall, passing Logan Square and the Philadelphia Museum of Art, as they continue down the Benjamin Franklin Parkway. Cyclists will then continue the ride on Martin Luther King Drive until they hit Fairmount Park and pedal towards Bala Cynwyd before reaching the halfway point at West Mill Creek Park. On the way back to South Philadelphia, riders will travel along the Schuylkill River via Main Street in Manayunk, Martin Luther King Drive, and the Schuylkill River Trail, before returning to the Wells Fargo Center Complex via South Street where they will cross the finish line at XFINITY Live!.

·        100K Bike Ride – With a total 4,008 ft. of elevation, this route is designed for the rider looking for a challenge. Cyclists will start their ride at XFINITY Live! and travel north on a closed Broad Street around City Hall, passing Logan Square and the Philadelphia Museum of Art as they continue down the Benjamin Franklin Parkway. Cyclists will then continue the ride on Martin Luther King Drive until they hit Fairmount Park and pedal towards Bala Cynwyd, Radnor, and Chesterbrook to Valley Forge National Park, the site of George Washington’s Revolutionary War encampment. Crossing under the National Memorial Arch, riders will leave the park and head back toward Philadelphia along the Schuylkill River via Main Street in Manayunk and Martin Luther King Drive, then through the streets of Center City, Philadelphia before returning to XFINITY Live!.

Entry fees vary by course, with the 5K Walk/Run at $50 per person, 10-Mile Family Bike Ride at $50 per person or $100 for a family of four (children under 16), and both the 50K and 100K bike rides at the rate of $100 per cyclist.  Pricing is set to increase closer to the date of the event so early registration is encouraged.

All registered participants will receive a race t-shirt, a participant medal, personalized bib number equipped with chip timing, a clear race bag, and access to the post-race celebration at XFINITY Live! with entertainment provided by local band Chico’s Vibe.

Since its inception, Flyers Charities has contributed over $27M to non-profits throughout the Greater Philadelphia Region that provide educational and recreational resources to underserved youth, engage in important medical and healthcare research, and countless community development initiatives.

Through the years, the Flyers Alumni Association has maintained a tradition of giving back to the Delaware Valley community. Charities and community organizations that have been supported include the Ed Snider Youth Hockey Foundation, St. John’s Hospice, Ronald McDonald House, March of Dimes South Jersey and Junior Achievement of Delaware.

Toyota (NYSE:TM) has been a part of the cultural fabric in the U.S. and North America for 60 years, and is committed to advancing sustainable, next-generation mobility through our Toyota and Lexus brands. During that time, Toyota has created a tremendous value chain as our teams have contributed to world-class design, engineering, and assembly of more than 33 million cars and trucks in North America, where we operate 14 manufacturing plants (10 in the U.S.) and directly employ more than 46,000 people (more than 36,000 in the U.S.).  Our 1,800 North American dealerships (nearly 1,500 in the U.S.) sold almost 2.7 million cars and trucks (2.45 million in the U.S.) in 2016 – and about 85 percent of all Toyota vehicles sold over the past 15 years are still on the road today.

Take the first step towards creating an amazing event.

Just answer a few questions…. the more you can tell us the more we can help you.